Whilst automation of the underwriting process can never fully replace the judgment of an underwriter, it has helped to provide greater objectivity, discipline and process consistency. There is high potential within rating and pricing for automation including:

Business Rules Engines: In the last five years we have seen the expensive adoption of business rules engines. This software automates decisions within the pricing process by creating and executing calculations and decision logic. Some rules are developed by analysing historical underwriting and claims data. By separating business logic from system logic, amendments are able to be made without major changes to computer code.

The issues with these systems is that often the historical data fed into them remains historical and without the ‘real world’ implications of the decisions made may only be felt months and years later, another key issue is that as adjoining systems are upgraded BREs often lose compatibility. The role of BRE’s can be replicated at a significantly lower price with Robotic Process Automation.

Robotic Process Automation has the ability to work between systems, using software as though it were a person and so can replicate the capabilities of a Business rule engine, but it can also pull up live data from your company allowing you to adjust the rules in a much more reactive manner. This could work in conjunction with a BPM (Business Process Management) tool to fully map the impact of a given rule.

Component Based Pricing: Typically start rates are devised from analysis of the insurer’s claims experience by trade codes (SIC) and then are built up individual components, including risk premium, expenses, commission and profit. This is another area where a bot can go and collate the live information to put together pricing as well as performing a Return On Capital (ROC) analysis to assess portfolio performance.

Dynamic Pricing: Advances in technology have allowed insurers to analyse new data elements and to detect correlations through multi-variate as opposed to single-variable analysis. Although we see much talk of Artificial Intelligence used for dynamic pricing, the reality is that we are at least five-ten years away from a robot making the decision itself as opposed to what happens today where a robot compares business rules with live data. We don’t anticipate that dynamic pricing will change from its current form for at least another five years.

Compiling Data for Underwriters: The process of underwriting only takes a matter of hours, but waiting for different quotes to come back and collating the responses often takes weeks and can interrupt other work. RPA can take the requirements, fill in several portals to get a quote and then scan an email inbox for quotes related to that reference number, extract and collate information to enable the underwriter to review the various policies once all have been returned.

Run Raters: The financial performance of a company is often based (in the UK) from information drawn from Company’s House and accounting information received. Both these sets of information may come in scanned or PDF format and then need to be processed. This retyping activity can be replaced with technology. OCR (Optical Character Technology) can scan, read and digitise this information and when combined with RPA the relevant forms or approvals can be made automatically.

Pricing Workflow: In terms of the automation pricing workflow, we are here just referring to common tasks associated with the pricing pipeline. This could be automatic follow ups, automatic referral of certain cases to specific team members or similar. Many insurers employ bespoke software for this task but RPA can be used to link systems together and work with the technology you already have.

Price Comparison: As quotations become more bespoke, it has been harder for insurers to check their competitiveness. The form filling abilities of RPA can allow for competitive quotes to be sought out under certain parameters or even using price comparison sites. 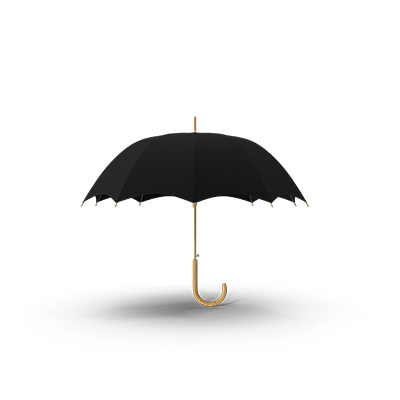 Challenge Faced: We worked with a busy insurer who were looking to further expand on the basic automations they had put into place and reduce the 20-40 minute processing time in underwriting as they looked to expand their operations without needing to add significant FTE. Their current process quickly incurred a backlog of pending claims and this was responsible for a slower than desired processing time.

Solution implemented: Proservartner implemented a combination of ABBYY flexicapture and UiPath. ABBYY was used as the OCR tool to read then digitise the claims, and then RPA was used to carry out the process. Claims that previously took 20 to 40 minutes now take the only 4 minutes. The bot works continuously until all claims are processed, without human intervention and the queue was finished within about an hour. Where there were discrepancies with the information, this was instantly sent to the underwriter to pursue. This eliminated the bottleneck, reduced processing time and Policyholders now receive their much-needed claim payment faster.